Chapter awards are given at our Installation Ceremony held in September. All nominations for chapter awards are to be sent to the current Chapter President and are due no later than August 1 of each year. Downloads of the nomination forms are in the following links. 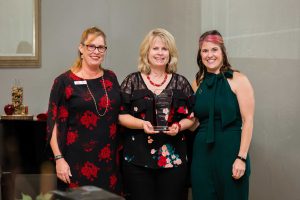 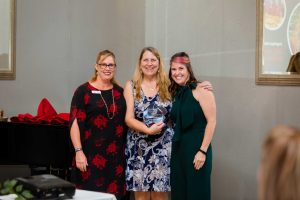 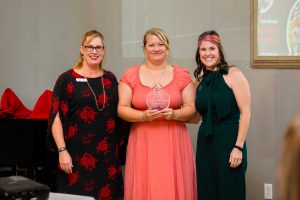 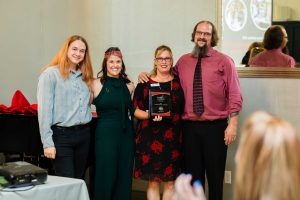 The NAWIC Spirit Award recognizes the contributions of a chapter member for her participation in chapter activities, as well as the positive character attributes that she brings to everything she does.

You can Spirit Award Nomination Form. Forms are to be submitted to the Spirit Award Committee no later than August 1st.  Please check the award eligibility requirements below.

Congratulations to Pikes Peak Chapter 356 member Grace Houston on being awarded the 202 Spirit Award.  The award was presented at the September Board Installation and Awards Ceremony by President Kristen Ibarra, CDT.

In the fall of 2002, on the way to Annual Fall Planning in El Paso, three members of Chapter 356, Dodi Walch, Connie Stevenson and Diane (Watson) Zink, felt the need to recognize a special member of the chapter, and any future outstanding member, for her unique, and previously unrecognized contributions and kind spirit.  The idea of a special award – the NAWIC Spirit Award – was born.

Anyone who has been a member of NAWIC Chapter 356 in good standing for at least one year (includes all member categories).  Past recipients must wait two years before being eligible for another award.  If a member of the committee is nominated and more than one nomination is received, a secret ballot will be taken to determine the winner.

Forms shall be made available to the General Membership for input to the committee.  Forms are due no later than August 1st of each year.

Build It Up Form